Columbus Day (Day of the Race or Discovery of America) 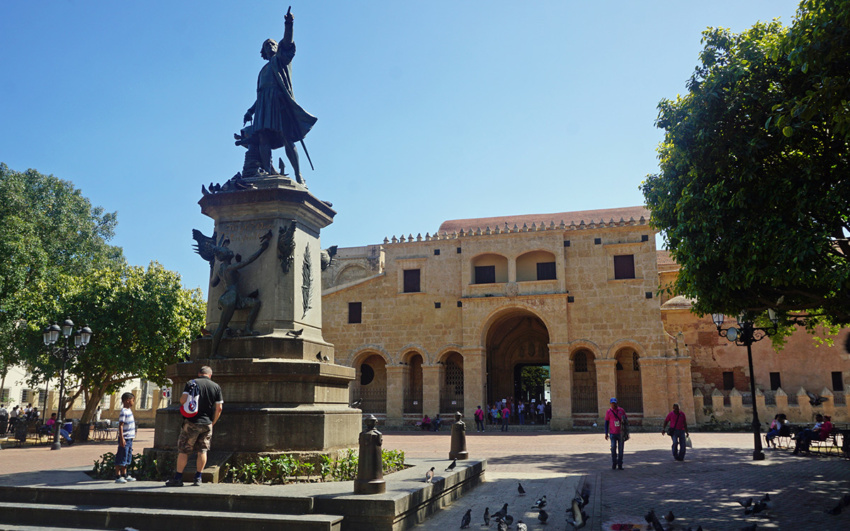 Columbus Day (in the Caribbean also known as Day of the Race or Day of Discovery of America) is a national holiday in many countries of the Americas and elsewhere which officially celebrates the anniversary of Christopher Columbus’s arrival in the Americas on October 12, 1492.

In December 1937, Cuban president Federico Laredo Brú and Dominican Republic president Rafael Trujillo ordered a crew of aviators to travel through Latin America to collect funds from large capital cities for a monumental light house in the Dominican Republic.

In 1992, in remembrance of the 500th anniversary of the discovery of America, the Columbus Lighthouse in Santo Domingo Este was inaugurated. The monument is both a mausoleum and a museum showcasing objects including a boat from Cuba and Colombian jewelry.

According to the Dominican authorities, remains of Christopher Columbus are sheltered at the lighthouse. However, Spanish authorities have proved through DNA tests that the remains in the Cathedral of Seville are the real remains of Columbus.