Safety in the Dominican Republic and Media Buzz 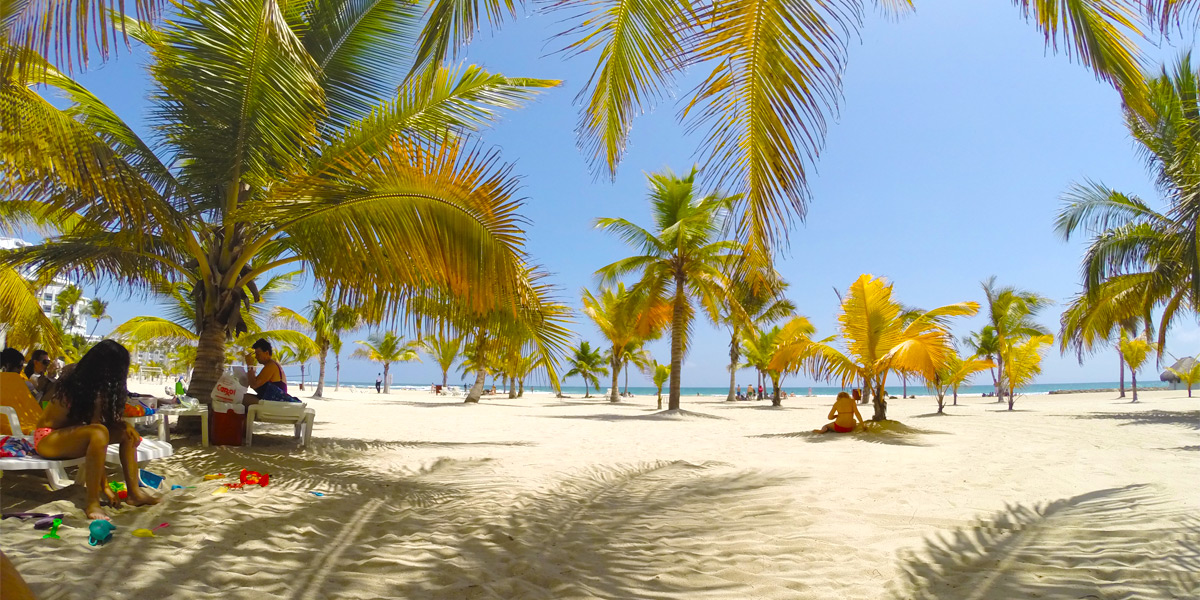 What is really going on?

Recent accidents and “mysterious” deaths in the Dominican Republic have just peaked and hit the headlines. Now I am scared of the fact how much power and control the media has over our brains, freedom and the way of thinking. It all started long before than a month ago. Why is the news so dramatic? Indeed, they seem to be scary but only until you get down to bold facts. At least once a year we track all negative news to understand what is really going on in the Dominican Republic.

To start with, why should you read this article? It is not for the “crowd”. It requires much brainpower and clear vision to analyze the facts, stay focused and really understand what is going on. The truth is that almost nobody tries to read further down the headlines, not to speak about reading between the lines! The media takes advantage of this well-known fact professionally to brainwash the crowd and get their paycheck. Now, let’s go down to wire!

Recently, we have had a lot of very negative news about the Dominican Republic. What is really going on in the tropical paradise? Those who are used to tracking the news think that everything started about a month ago with an article about an accident in Majestic Hotel. However, it is not true. The whole campaign was launched long time before that accident, but only recently it obviously reached the peak.

1. A garbage case in Santo Domingo

All started with an article dated by July 23, 2018, published by The New York Times. Just check this article. A horrible situation, isn’t it? What does it have to see with the reality? Yes, that was a case in some part of Santo Domingo, affected by heavy rains. The water goes up in slums. The biggest thing here is that the affected area is situated 124 miles from the touristic zone. How is it relevant to tourism if so?

Let’s look at the facts:

The tourist perception: The whole country is in plastic.

2. The Majestic case in Punta Cana

The Majestic case. Details you can check here. This case inaugurated the most recent media campaign. You might think that the author of this article is a cruel animal without heart and soul, but here are some facts about this situation from that Washington Post article.

Quote: “Lawrence-Daley told her story publicly four months after it happened, when the resort refused what it says was a demand from her for a $2.2 million compensation agreement, Majestic said. Immediately after mentioning Lawrence-Daley’s alleged request, the hotel also noted that she works in the insurance sector and provided a link to her LinkedIn page.”

Quote: “In its statement, the resort cast doubt on Lawrence-Daley’s version of events. Although she said the stranger grabbed her around 11 p.m., the resort said, her husband reported her disappearance at 2:30 a.m.”

Quote: “Majestic said it called local police, paid for Lawrence-Daley’s room and prepared special meals for her because she was having trouble eating solid food. Lawrence-Daley declined to make any legal accusations to the U.S. Embassy, the resort said.”

Quote: “Norman de Castro, one of the hotel’s lawyers, told The Washington Post that Lawrence-Daley declined to cooperate with a criminal investigation into the case, including refusing to sign a complaint”

Let’s sum up the facts:

The tourist perception: The Dominican Republic is a dangerous destination for tourists.

Result: Hundreds of tourists cancel their trips to the Dominican Republic and lose their money making conclusions from just article headlines.

3. Pesticide poisoning in the Dominican Republic

Case details here. The resorts use intensive chemicals for gardening all the time all over the world. Why? Because most tourists want to avoid meeting ants and bugs. Otherwise, they will leave a negative review affecting any hotel reputation. Even if a hotel is located in the middle of a jungle, people expect it to be completely sterile and free from insects.

However, if you suffer from allergy, you may have an allergy syndrome due to fumigation of vermins. That is why some visitors prefer apartments to luxurious hotels. Hotels are doing great just trying to comply with the customer desires throughout the world.

“Pesticide poisoning happens in the US and even more often in developing countries where pesticides are less regulated” – from Fox News.

Still there are some facts:

Quote: “Dominican authorities have asked for FBI assistance for further toxicology analysis on the recent Bahia Principe.” – U.S. Embassy in the Dominican Republic

Quote: “Now over a dozen more visitors who fell dangerously ill on vacation in the Dominican Republic are coming forward”. – by vox.com Where? How do you know they are coming? Facts?

The tourist perception: I may be killed by something like that. I want my money back! No vacation this year!

It was very sad. It definitely adds up fuel to the fire. Just for the sake of fact. Look where Santo Domingo is and where Punta Cana area with most resorts is located.

Let’s look at the facts:

Quote: “It’s the mystery around the deaths that is driving the speculation,” he tells TIME. “American tourists pass away frequently around the world, several in a day, it’s not unusual. But it is unusual hearing about Americans passing away abroad without it being something like a terrorist attack. We usually don’t hear about tourists dying of heart attacks or in their sleep, but that happens every day with tourist traveling abroad, it is nothing unique to the Dominican Republic.” – from time.com

The tourist perception: People die there more often than in my country. Let me stay at home.

Mass media is brilliant
in statements without facts

Some articles do not feature any specific information, thus making the whole case “mysterious”. Mass media is brilliant at this. This is what I “like” most about the recent articles. Just imagine how the “crowd” open their mouth by reading the headlines: 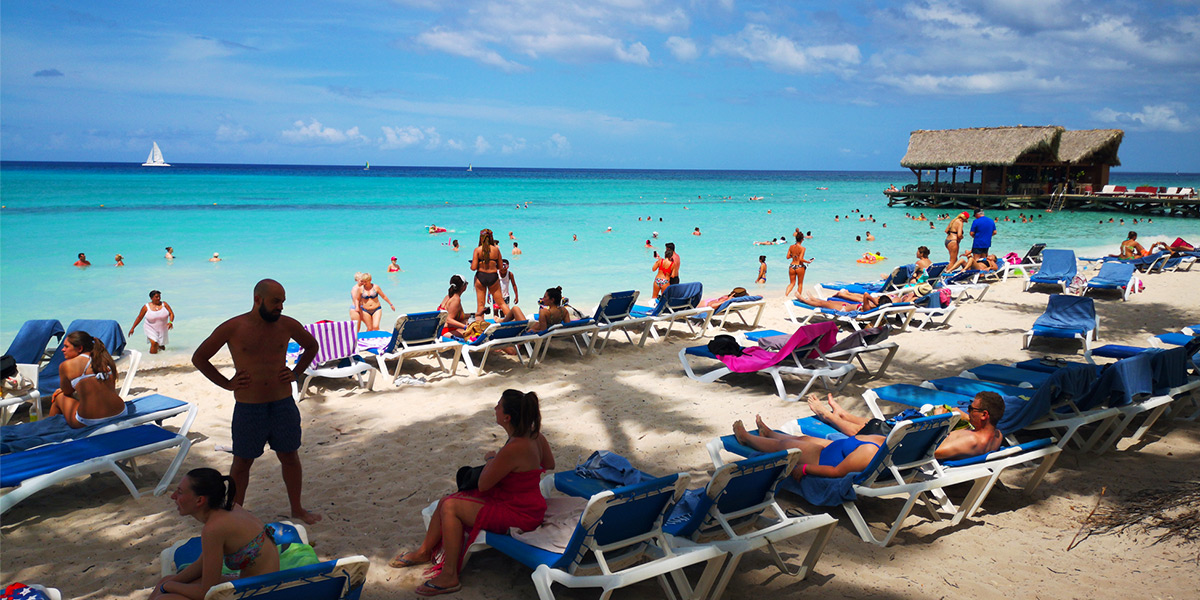 The Real situation in the Dominican Republic

Who has already won from all this
media buzz in the Dominican Republic?

But give me a chance to add one more piece of news to this mass media fire. Sounds like all the news reached the climax for one more reason: China opens embassy in the Dominican Republic – according to reuters.com.

Quote: U.S. Ambassador Robin Bernstein said on Thursday, in her first public appearance back in the Dominican Republic, that she had been asked about China’s role in the region while in Washington, and that she hoped countries were considering their “long-term goals”. In a statement on Thursday, the U.S. embassy in El Salvador lamented that countries in the region were deepening ties to “unfamiliar partners” and engaging in transactions that “lack transparency”. – reuters.com

My own hosting experience
in Punta Cana 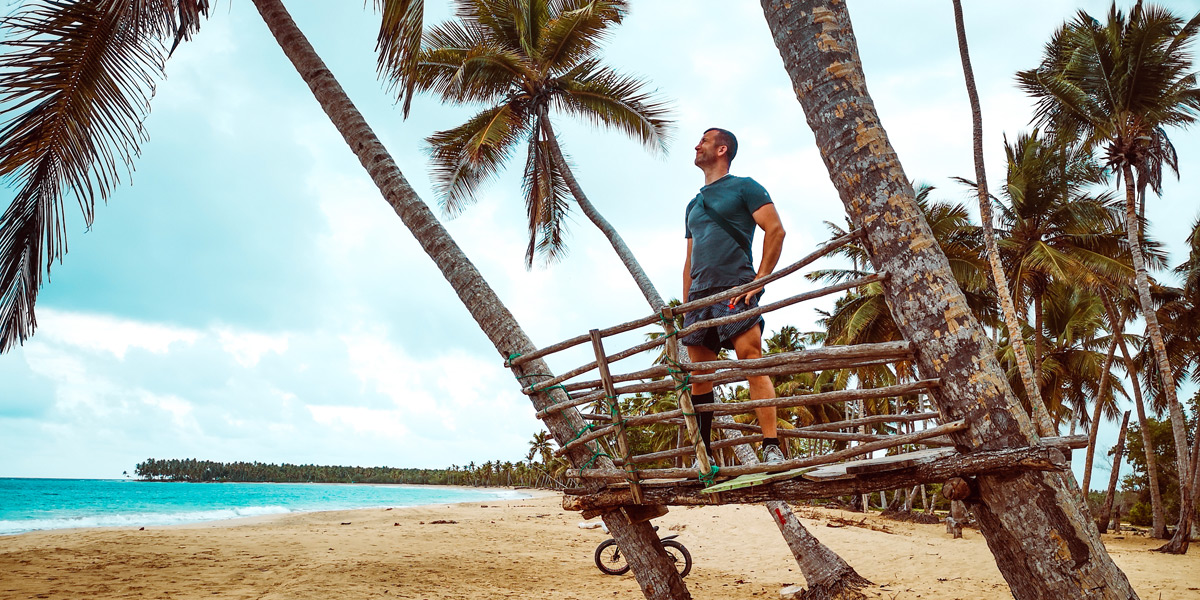 Most of our guests from the US and Canada are brilliant people. I must admit that they are kind, cheerful and generous. With most of the tourists, we read the same books and share similar views. I will mention one story. Not a big deal, but just one story. I will be as short and precise as I can. It was the biggest security case in my hosting experience.

I still remember the case when we had a visit from flight attendants. It was horrible. They got completely drunk and decided to remain drunk during their entire stay. We found 27 empty bottles of different alcoholic beverages consumed by 8 people in 2 days. You can do math easily. One of them decided to urinate right on the public stairs. There was a complete mess in the pool and many conflicts with security. They did not paid their bill at the restaurant. The peak of this story… One of them got outside the residence and started to fight the police officer. Guest review of their stay: The Dominican Republic is not safe.

Just one question. What will happen to me if I do half of the above-mentioned somewhere in the US or Canada?

Conclusion. The brief truth about
the Dominican Republic

The modern plague is worry and anxiety. Inability to relate facts and read more than just headlines has caused cancellations of trips, vacations, mass concern and tension. Stop this outbreak of panic. Open your eyes to bold facts.

That is what is true. My family and I have been living in the Dominican Republic for more than 10 years and no mass media buzz will be able to shatter my confidence in that we have chosen the best country in the Caribbean.

What to do to be safe
in the Dominican Republic? 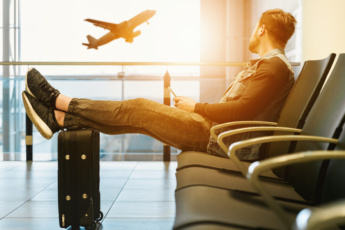 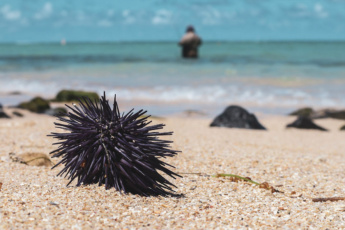 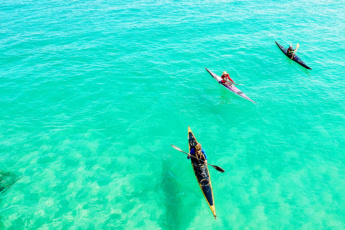